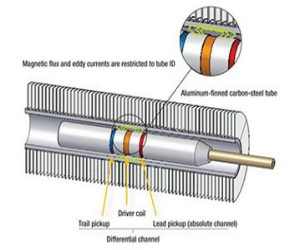 Magnetic flux leakage (MFL) is a tube-testing technique primarily designed for the rapid testing of ferromagnetic tubes with non-ferromagnetic fins wrapped around them, such as in air fin coolers. Two strong magnets generate a static magnetic field that saturates the tube wall (Fig. 1 ). When a flaw (pitting, wall loss, etc.) is located between the two magnets, the magnetic flux in the tube wall is disturbed and a small amount of flux will leak into the inner tube. This leakage of flux is detected by the coils placed between the magnets. The variation of the flux leakage induces current in the coils, thereby causing a signal output. This signal output can be used to provide information on any wall-thickness reduction in the tube. Magnetic flux leakage (MFL) is mainly applied in the inspection of air fin coolers, but it can also be used for inspecting bare tubes with diameters of one inch (2.5cm) and above. 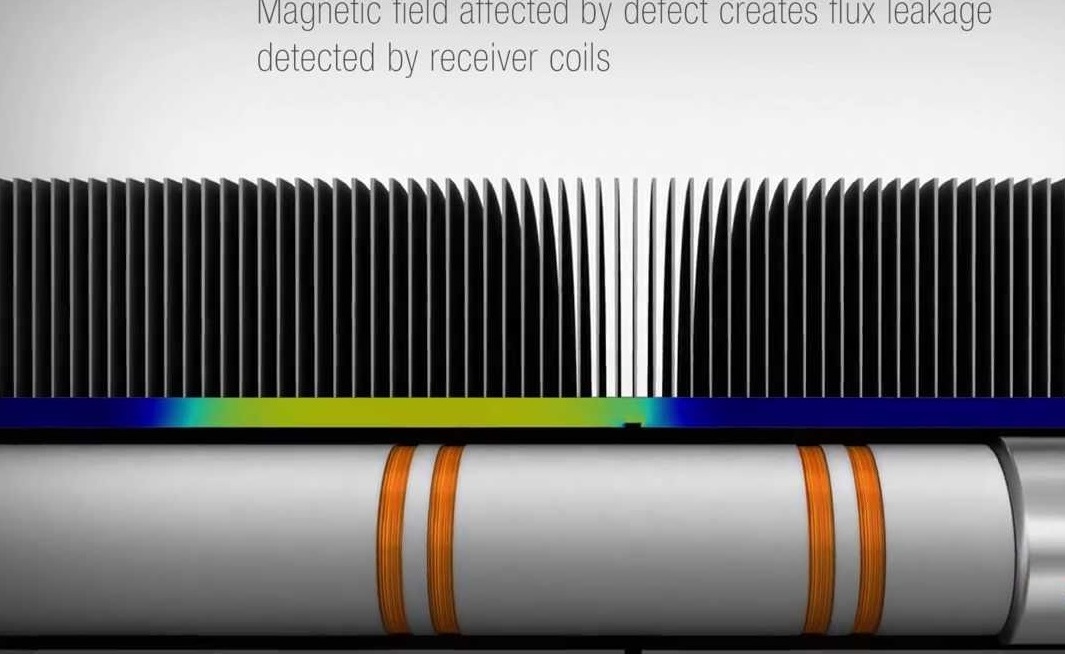